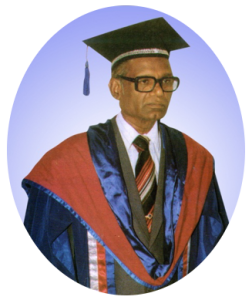 It is with deep sorrow the JSA records that Professor V K Ganesalingam passed away on 06 May 2018 in the United Kingdom  three weeks before his 83rd birthday on 01 June. Professor Ganesalingam, the then Jaffna representative to Sri Lanka Association  for the Advancement of  Science (SLAAS), was one of the key peoples who took effort along with Late Professor A Thurairajah to establish the Jaffna Science Association in early 1990s. Professor Ganesalingam offered his contribution to the JSA in many ways apart from functioning as the Pioneer General Secretary in 1991-1992 followed by two consecutive terms 1992-1993 and 1993-1994 in the same position, and as the President in 1998-1999.

Professor Sinnathamby Noble Surendran has written an article as a  tribute to their beloved Professor fondly and dutifully recalling his contributions  as an academic, an administrator  and as a social enthusiast.